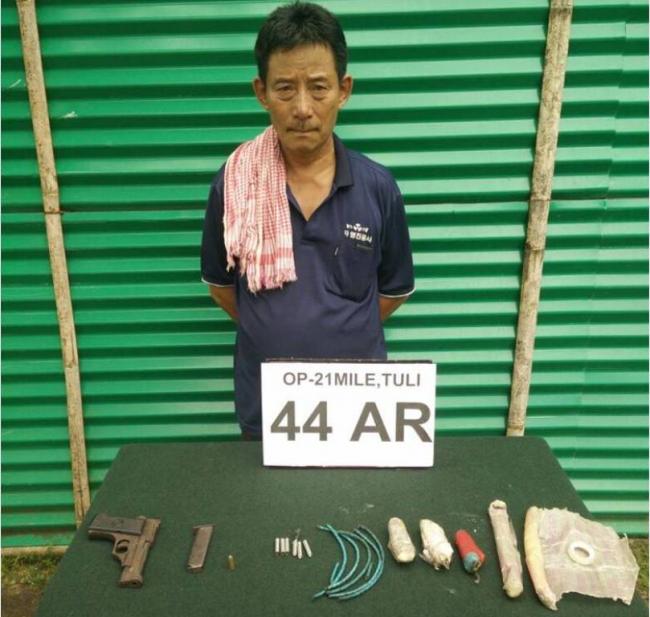 The recoveries made from the house included one 9mm pistol bearing Regd No 1117 (made in USA), a magazine of 9mm Pistol,  one live round 9mm,  explosives, warlike stores and 11 bottles of IMFL.

Koralimzung Ao  along with the recovered items was subsequently handed over to Tuli police Station for further investigation.