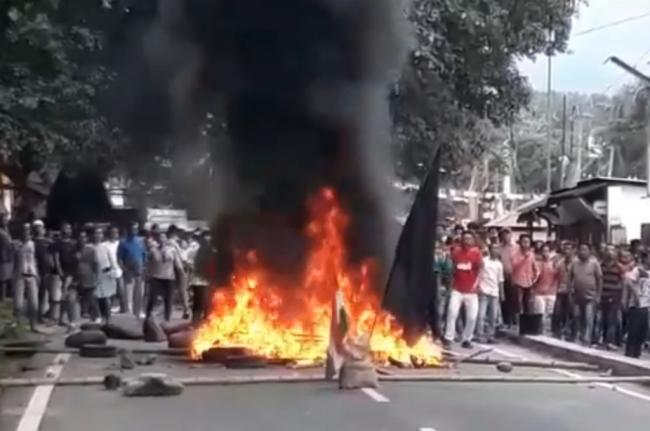 A day after GJM supremo Bimal Gurung published an audio message directing his followers to strengthen strike in the queen of hills, GJM supporters started picketing at Dambar Chowk since morning.

When a huge police force rushed to the scene, strike supporters had started pelting stones and bricks aiming at the security personnel.

Police restored to lathicharge and lobbed tear gas shells to bring the situation under control.

A local police official told IBNS that at least 16 GJM leader-activists, including 9 women supporters, were arrested from the area.

"A heavy police force have been deployed to the area to avoid further untoward incident there," the official said.

Meanwhile, Nisha Chettri, a women journalist associated with The Statesman newspaper, was allegedly assaulted by cops during the coverage of Kalimpong clash on Friday, according to reports.

Darjeeling has been witnessing violent unrest over strikes by the GJM.