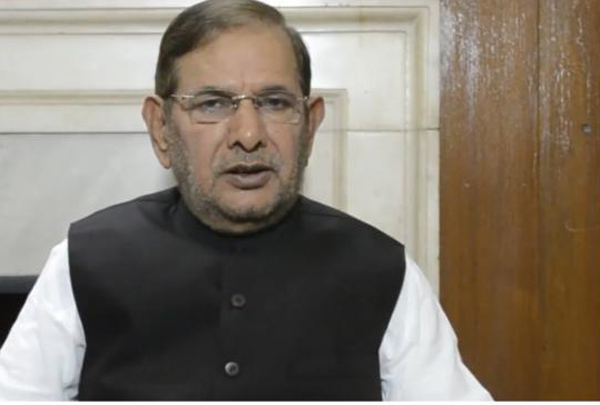 India Blooms News Service | @indiablooms | 13 Sep 2017, 02:17 pm
#SharadYadav, # JanataDalUnited, # ElectionCommission
New Delhi, Sep 13 (IBNS): With the Election Commission refusing to recognise veteran leader and co-founder Sharad Yadav as the representative of Janata Dal United, his claim that he who is representing the party and not Bihar Chief Minister Nitish Kumar, got a jolt, according to media reports on Wednesday.

Yadav and Kumar parted ways when the latter reclaimed his CM post with the help of the BJP.

According to media reports, Sharad Yadav had appealed to EC that he be allowed to retain the poll symbol (arrow) and the party offices.