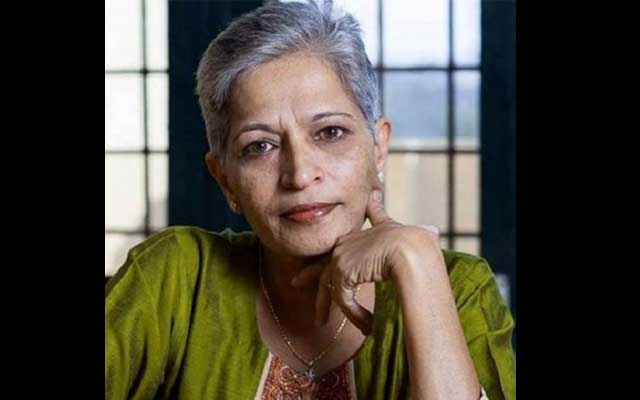 Karnataka chief minister Siddaramaiah, Congress leader and member of Parliament M Veerappa Moily were present at the venue and paid their respects to the journalist.

The state government has reportedly ordered a SIT probe into the murder of the journalist.

Lankesh, a popular journalist who took stands against Right-wing ideology, was shot several times by some unidentified assailants outside her residence on Tuesday evening.

Karnataka Police have claimed that they have come across some good leads and have also secured CCTV footage, which will help them crack the case.

Her murder bears a resemblance with earlier murders of rationalists Narendra Dabholkar and MM Kalburgi.