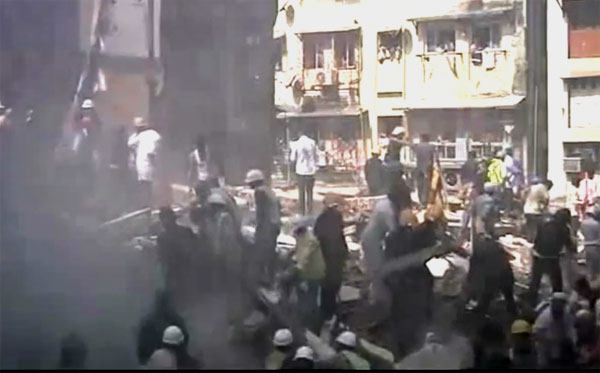 According to reports 20-25 people are feared trapped in the debris of the collapsed residential building. Eleven people have been rescued.

The tragedy occurred at around 8 30 am.

So far, 90 NDRF personnel along with fire fighters have joined the rescue work at the site. .

15 people have so far been rescued  from the collapsed building.

The building is reportedly  125 years old.

Mumbai experienced incessant downpour for the last few days which may have caused the building collapse.

In the past one month this is the third incident of building collapse in Mumbai.