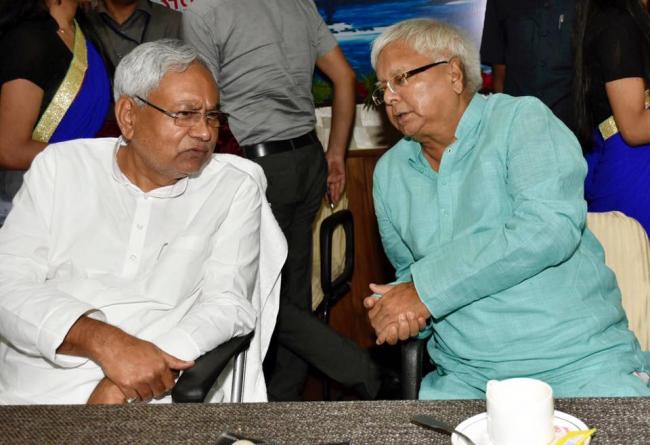 None will trust Nitish Kumar: Lalu

“I have never seen such a turncoat in my whole lifetime. Lekin yah palati antim hai. Aab koi bhi party vishwas karanewala nahin hai (But this is his last swerve. Now, none will trust him),” Prasad declared, addressing his party’s “BJP Bhagao, Desh Bachao” rally held at Patna’s Gandhi Maidan on Sunday.

He asserted his government would return to power in the next elections. “Aaab aanewala Lalu hai,” he declared.

Prasad alleged Kumar broke alliance with the Grand Alliance as he had got jealous of his son, former deputy chief minister Tejashwi Yadav. It was during Tejashwi’s tenure that Ara-Chapra and Digha bridges over Ganga were opened.

The RJD president said the chief minister doesn’t hold moral authority to continue on his post for serious charges against him.

“Cases relating to murder and attempt to murder are pending against him (Nitish Kumar) in the court. He is also an accused in Srijan scam,” he alleged.