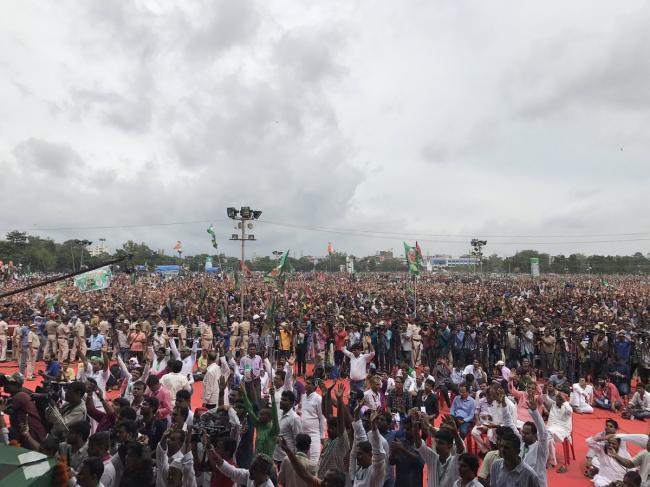 Speaking at the rally, Sharad Yadav was quoted as saying: "A grand alliance will be formed in the entire nation."

Bihar witnessed a major political jolt in recent time when Chief Minister Nitish Kumar left the Grand Alliance, which included the RJD and the Congress, last month to join hands with the BJP.

Attacking the Centre, Mamata Banerjee said: "Three years have passed. Where is ‘achhe din’? Unemployment has risen, women are not safe, and farmers are dying. Minorities, Dalits and weaker sections are under threat."

Despite absence of Sonia Gandhi or Rahul Gandhi, the rally was attended by Congress party's Leader of Opposition in the Rajya Sabha Ghulam Nabi Azad and party general secretary C P Joshi.