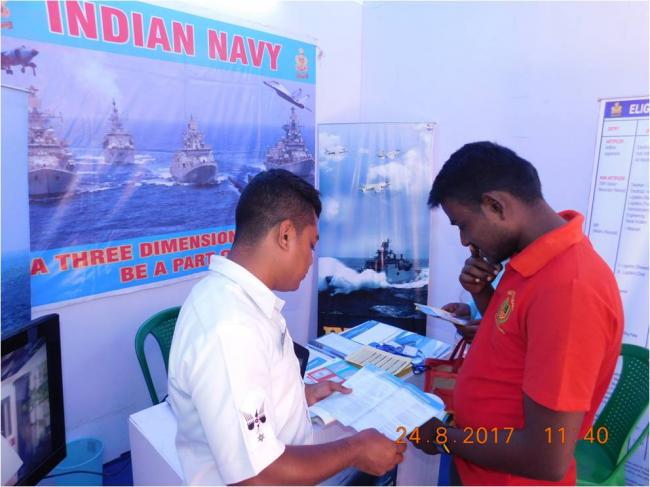 Although the Naval base INS Netaji Subhas located in Kolkata is the recruiting center for Sailors’ induction in Navy and conducts the recruitment twice a year, still the response rate of youth in West Bengal has been a concern.

With more entries open for technical students and women, Navy has widened its scope for young aspirants.

It is therefore essential to interact with students in schools and colleges enlightening them about various opportunities and entry levels in the Navy.

As part of this exercise, the Navy participated in the 21st National Exhibition being organized by Central Calcutta Science and Cultural Organisation at Agradut Krirangan, New Barrackpore from Aug 24 to 27.

During the inauguration ceremony, the Naval Officer addressed the crowd and urged  young minds to take up Navy as a career, read an official statement.

A 14- member naval band from Eastern Naval Command in Visakhapatnam also performed at the exhibition and mesmerized the audience. A career stall was set up by the Navy, where video clippings were shown bringing out the multi-dimensional aspects of navy and its operational role.