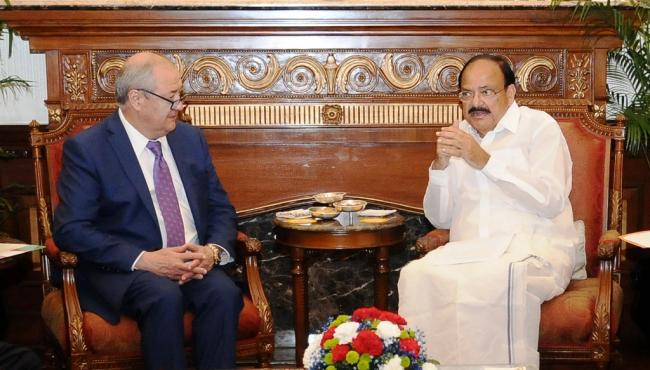 India and Uzbekistan should work for increasing trade: Venkaiah Naidu

He was interacting with the Minister of Foreign Affairs, Uzbekistan, Abdulaziz Kamilov who called on him, here on Tuesday.

The Vice President said that India and Uzbekistan have close cultural and historical connections and "our peoples have similar developmental aspirations."

He further said that traders and travelers over centuries helped exchange of ideas between countries.

Naidu expressed his happiness over several cultural events which were held in Uzbekistan to commemorate the 25th Anniversary of establishment of diplomatic relations between these two nations.

The Uzbekistan Foreign Minister has expressed his happiness over visiting India which has strong cultural heritage.

He hoped that discussions during the visit will help in identifying new areas of cooperation and take relationship to a higher level.