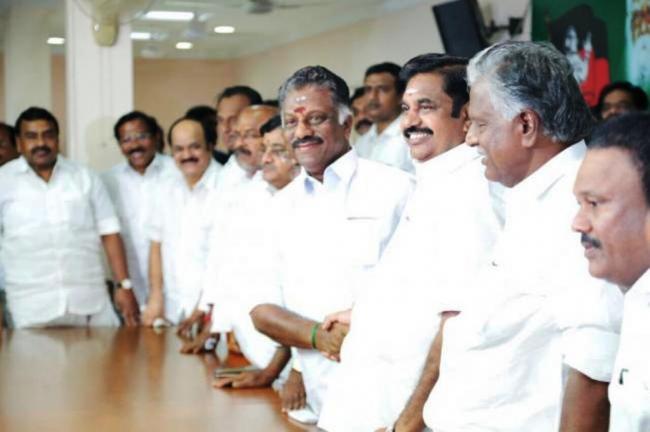 Nineteen MLAs loyal to Sasikala met the state's Governor on Tuesday morning protesting the merger of  two factions of AIADMK led by Chief Minister E Palaniswami and O Panneerselvam, which they called "illegal."

According to reports, these legislators told the Governor that they no longer had confidence in Palaniswami government.

Dinakaran, who was appointed by Sasikala as the AIADMK's number two, is not a legislator and he did not accompany the rebel MLAs.

The  legislators  reportedly alleged that  Palaniswami did not consult  Dhinakaran before merging his faction with that of  Panneerselvam or OPS, which had voted against his Government in a trust vote six months ago.

After the  merger, the AIADMK has 134 legislators in the 234-member assembly. With only 17 more legislators  than the 117 needed for a majority, the revolt by these 19 could spell a trouble for  Palaniswami if he has to face a no-confidence motion.