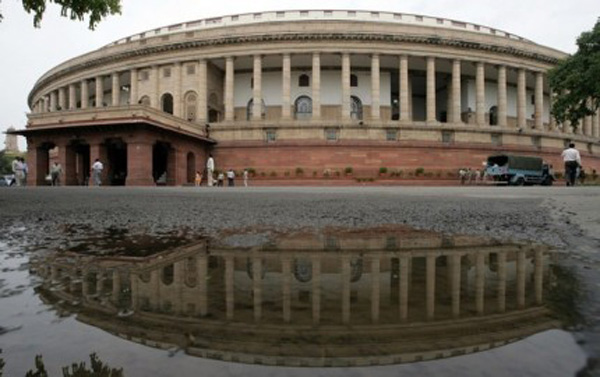 India Blooms News Service | | 31 Jul 2017, 02:39 pm
#LokSabhaLynching, #MobViolence, #MallikarjunKharge, #HindustanLynchista
New Delhi, Jul 31 (IBNS) : The Lok Sabha on Monday took up for discussion the reported incidents of atrocities and lynching in mob violence in the country with the opposition criticising the Narendra Modi Government and the BJP defending it.

Initiating the discussion,  Congress member Mallikarjun Kharge criticised the Prime Minister for not talking about the issue enough and listed the various incidents of lynchings in Jharkhand, Madhya Pradesh, Rajasthan and Uttar Pradesh.

“The Prime Minister has not spoken about the killings on his Mann Ki Baat programme," he said.

“This Government is imposing itself on what a person can eat and who one can love,..Let us be Hindustan and not Lynchistan.” Kharge said.

BJP’s Hukmdev Narayan Yadav, who defenced the Government,  questioned why only certain incidents were considered lynchings.

He also said that Muslims must "learn to live with Hindus."

“Muslims must learn to live with Hindus respecting their culture and traditions," Yadav said.

During Kharge's speech, BJP members raised a ruckus and Parliamentary Affairs Minister Ananth Kumar demanded that the Congress leader must provide supporting evidence of  what he was alleging.

“Kharge must validate all the documents he is reading from. Every state Government has taken action against each of these incidents. He is misleading the House," he said.

In the Rajya Sabha, after initial uproar over the alleged kidnapping of MLAs by police in Gujarat, the house was adjourned briefly before resuming Question Hour.