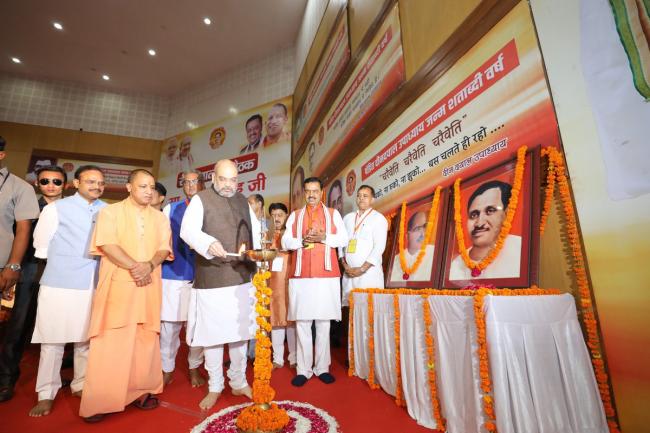 He is on a three-day organisational visit to the state.

Meanwhile, Samajwadi Party's Bukkal Nawab and Yashwant Singh and Thakur Jaiveer Singh of the BSP have quit the party.

Their resignation coincided with the visit of Amit Shah to the state.

Amit Shah on Friday filed his nomination for the Rajya Sabha elections from Gujarat.