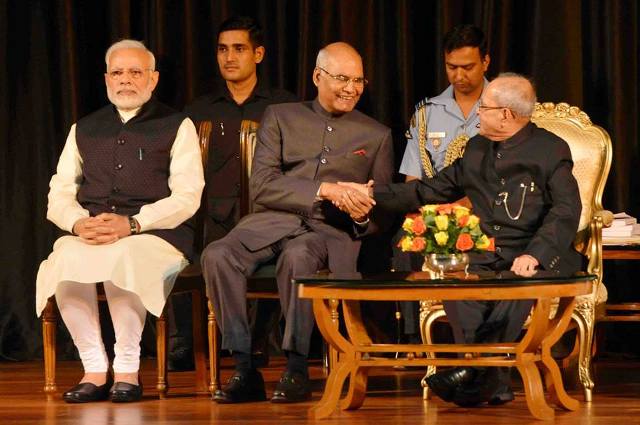 Kovind will succeed outgoing President Pranab Mukherjee, who assumed his office in 2012.

A former BJP leader and a member of Rashtriya Swayamsevak Sangh, Kovind, was picked by the ruling NDA as their Presidential nominee.

Kovind was the Bihar Governor at the time he was named as the BJP-led NDA's Presidential nominee.

In the Presidential election, Kovind defeated Opposition's candidate Meira Kumar by a margin of 32%. He secured 66% of the total valid votes polled approximately.

On last Thursday, after winning the Presidential poll, Kovind said: "Protecting the Constitution and its tradition are my responsibilities."

In the farewell speech, Mukherjee spoke about maintaining the plurality of the nation.