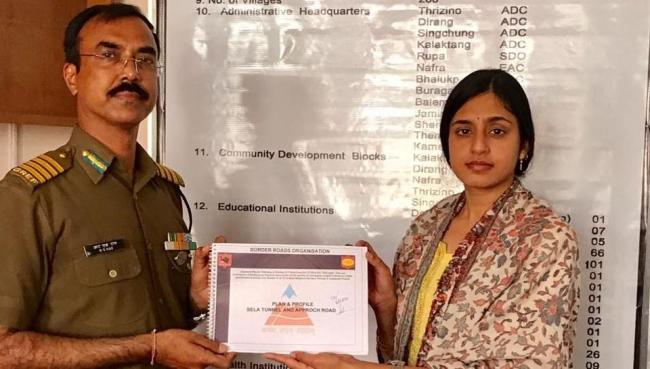 To construct the two-lane tunnels at the mountain hill areas, the BRO had recently handed over a request of land acquisition for tunnels to the West Kameng District Commissioner.

A top official of BRO said the Commander of the 42 Border Road Task Force under BRO's Project Vartak had handed over a request of land acquisition for tunnels to West Kameng DC Sonal Swaroop on July 20 last.

"It will help to reduce the road connectivity distance in the hilly terrain and to save travel time to an hour. Vehicles can move faster when the road to be widened," the BRO official said.

The new alignment of the road from Sela to Tawang involves 12.37 km and two tunnels will be constructed.

"One tunnel is 1.79 km long and the rest 475 meter long," an official of Arunachal Pradesh government said.

The government official said the survey of land acquisition will start after the monsoon this year.

Tusker was the first project of the BRO, which was later renamed as Vartak and 2776 km of new roads, 150 permanent bridges are constructed under the project in the Himalayan bordering state with China.