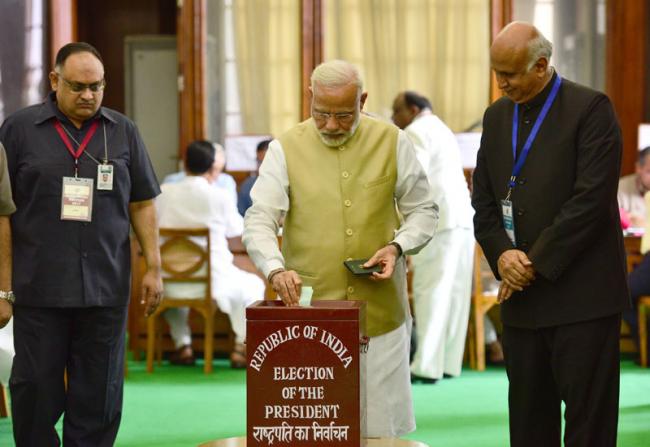 In a tweet, PM Modi wrote: "I congratulate all members of the electoral college for the exemplary and historic turnout."

The voting to elect the 14th president of the country, which began this morning, ended in late afternoon, media reports said.

The result of the presidential poll will be declared on July 20.

The polling began in the Parliament at 10 am on Monday morning and prime minister Narendra Modi was the first among all MPs and MLAs to cast his vote.

The presidential poll has turned out to be a battle between NDA's Ram Nath Kovind and opposition's Meira Kumar.

Meira Kumar had earlier served as the Speaker of the Lok Sabha.

Kovind is in a favourable position to win the presidential poll as NDA bags the required number of electoral votes.