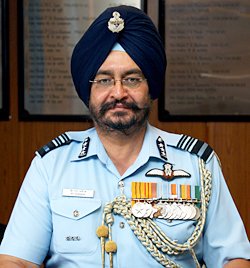 The visit is intended to further strengthen the existing defence corporation between the Air Forces of the two countries.

During his stay at France the Chief of the Air Staff is scheduled to hold bilateral discussions with the senior military officials of the French Armed Forces.

The challenges faced by the Armed Forces of both the countries in the current geo-political scenario are expected to be discussed during these meetings.

The main focus of the visit will be on improving bilateral relations, promote defence ties, and outline further areas of  defence cooperation between the two countries.

The CAS will visit Headquarters of French Air Force and a few operational Air Bases.

The CAS would interact with representatives of Military Aviation Industry in France and visit Indian Rafale PMT Infrastructure. The CAS is also planned to fly a sortie in Rafale.

This visit of the Air Chief would provide further impetus towards increasing defence cooperation between the two Air Forces and pave the way for greater interaction and cooperation in the future.