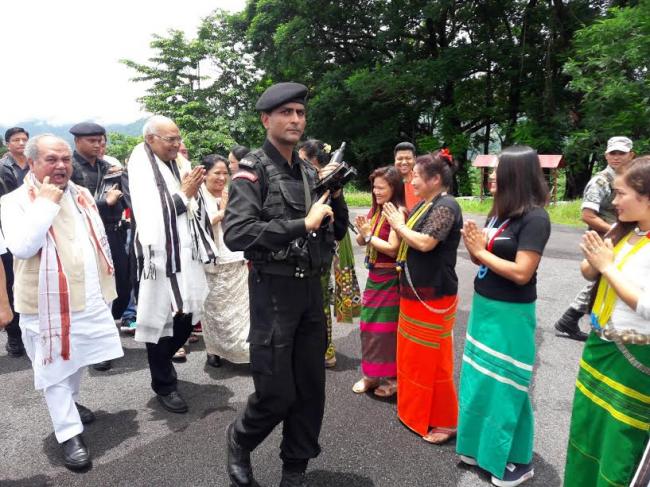 
While his visit to Itanagar to garner support of the MLAs of Arunachal Pradesh, Kovind said that, a president never belongs to any party.

"All people, caste, religion, state are equal. Vote bank is not important for me, development is important," Kovind said.

Kovind said that his dream is of a developed India and equally development for all sections of people, caste, state, region of the country.

"I am belonging from Uttar Pradesh, but Arunachal Pradesh is equal important for me like UP and other states," Kovind said.

The NDA presidential candidate arrived at Lakhimpur on Thursday morning and left to Itanagar.

Kovind also convened a separate meeting with the nine MLAs of People Party of Arunachal (PPA), a partner of NEDA.