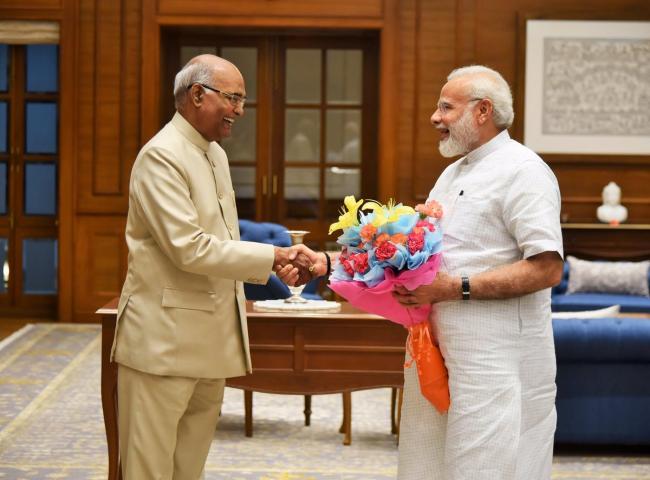 “Ram Nath Kovindji is not a Dalit,” Prasad alleged, addressing a function in Patna.

“Kovind’s caste figures among the OBC category in Gujarat. This is just an eyewash aimed at neutralising the protest coming from this particular community in the upcoming Gujarat assembly elections,” Prasad explained.

Kumar’s allies, the RJD and the Congress, are on the other hand, supporting opposition’s candidate Meira Kumar.