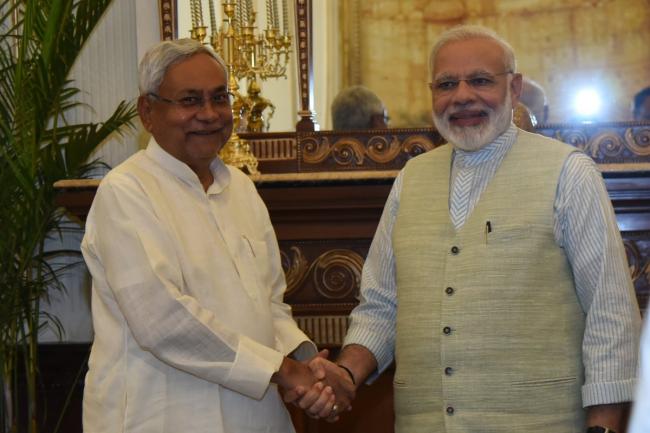 India Blooms News Service | | 01 Jul 2017, 04:40 pm
#Bihar, #VicePresidentialElection, #NitishKumar, #AllEyesOnNitishKumar
Patna, Jul 1 (BiharPost/IBNS) : Now that the date of the vice-presidential elections has been announced, all eyes are on Bihar chief minister Nitish Kumar as to what step he takes.

Kumar has already jolted his allies, Rashtriya Janata Dal (RJD) and the Congress by first supporting NDA’s presidential candidate Ram Nath Kovind and then backing the GST which came into force from Saturday.

Prior to that, the Bihar chief minister had supported the surgical strike and demonetization drive of the Narendra Modi government at the centre, leaving shocked both of his allies.

Although the BJP is yet to announce its candidate, the story doing the rounds in state political circles are that Kumar could put forward the name of a Bihari apparently to absolve himself of the charge of displaying “anti-Bihari” attitude when he didn’t support the “daughter of Bihar” Meira Kumar in the presidential elections.

“Bihar ki beti” has been fielded to lose,” was how the chief minister had reacted when asked why he supported Kovind against opposition’s Bihar’s very own Meira Kumar in the presidential polls.

Given the situation, it will be interesting to see how the Bihar CM reacts in the vice-presidential elections to be held on August 5.