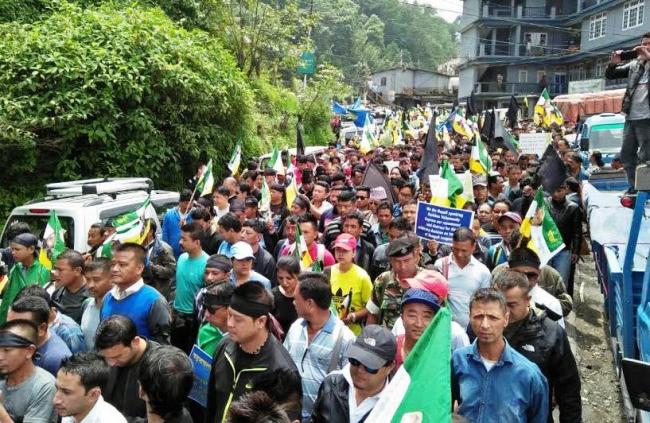 GJM supporters set ablaze the copies of Gorkha Territorial Administration (GTA) accord at several locations in Darjeeling on Tuesday.

Meanwhile, the GJM held protest rallies at as many as 45 locations in the hills. A heavy police force along with CRPF and Indian Army have been deployed there to avoid any untoward situation.

Strike supporters allegedly vandalized few vehicles, including a state-run bus, and tried to torch a government office in Darjeeling.

The GTA accord was signed on July 18, 2011 between the Central government, the West Bengal government and the GJM, wherein a semi-autonomous body was created for administration in the hills.

According to local media reports, the house of Rajen Betiwal, chairman of West Bengal Khas Cultural Development Board, was set on fire late on Monday evening by miscreants.

(With Inputs by Deepayan Sinha)