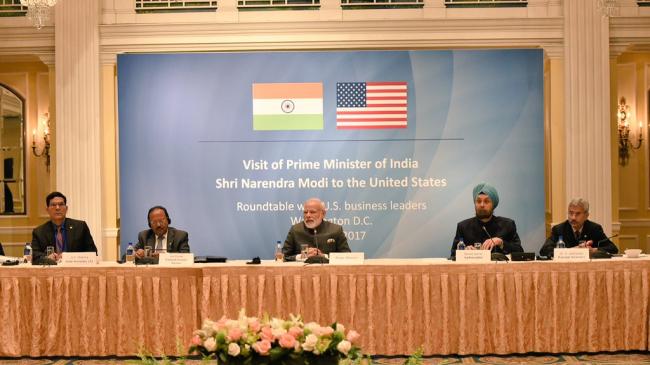 Modi said the entire world is currently looking at India.

"The whole world is looking at India," Modi said. 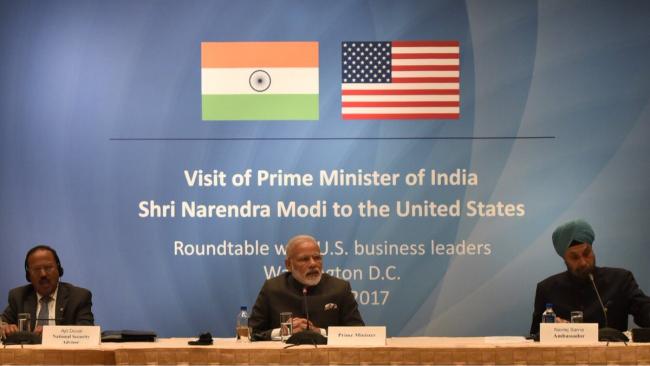 He said: "Growth of India presents win-win partnership for India and US both. US companies have a great opportunity to contribute to that."

Highlighting the GST move of his government, Modi said: "The implementation of the landmark initiative of GST could be a subject of studies in US business schools."

Speaking on the meeting, MEA spokesperson Gopal Baglay‏ tweeted: " Strengthening the #IndoUS economic partnership. PM @narendramodi with 21 leading CEOs before the start of the CEOs roundtable."

Modi on Sunday reached Washington DC where he received a "warm personal welcome" from US President Donald Trump. 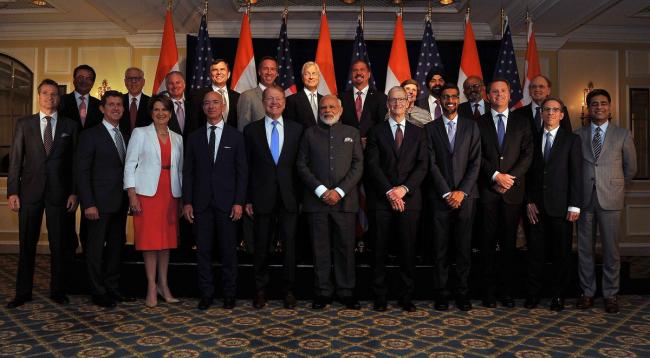 In a tweet, PM Modi wrote: "Thank you @POTUS for the warm personal welcome. Greatly look forward to my meeting and discussions with you @realDonaldTrump."

On Monday afternoon, President Trump is scheduled to host PM Modi at the White House where the two leaders will beginning the bilateral discussion.

It will be followed by delegation-level talks, a reception and a working dinner. 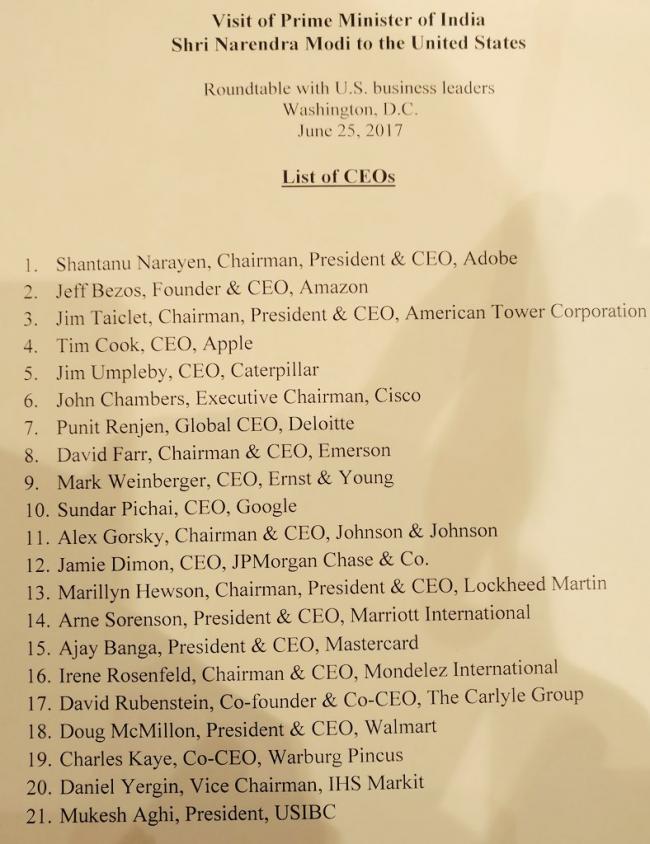 The meetings are expected to raise issues such as are defence cooperation, boosting economic ties, terrorism combating operations and security cooperation in the Indo-Pacific region.