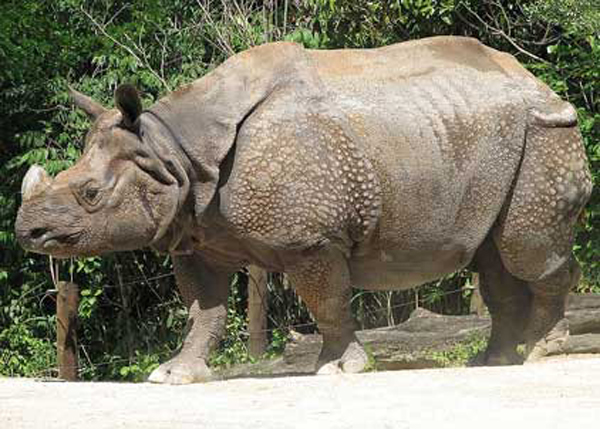 Poachers kill another rhino in Assam

According to the reports, the incident took place near Gaspara forest camp inside the national park.

Forest guards of the park found dehorned bullet injuried carcass of a male rhino inside the park on Thursday evening.

A park official said that, poachers managed to flee with the horn after killing the rhino.

It is sixth rhino poaching incident in the state this year.

Earlier, forest guards of Kaziranga national park had found a dehorned carcass of an adult female rhino inside the world heritage site.

The carcass of the rhino was noticed by the forest guards during routine patrolling near Gendamari forest camp of the park’s Bagori Range.

Assam has lost over 250 rhinos in past a decade.