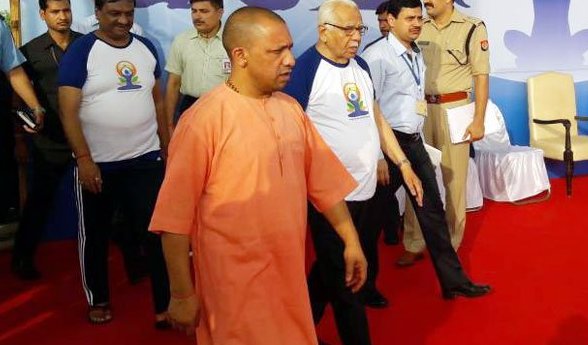 The matter created a stir in Guwahati 10 years ago.

The victim Laxmi Orang had filed a case before a sub-divisional judicial magistrate court against UP CM and Assam MP Ram Prasad Sarma under various sections of Indian Panel Code and Information Technology act.

“We want to unearth the actual facts, whether the photographs used in the UP CM’s official social media account or it is a fake account,” the top Assam cops said.

“We have already contacted with the UP police and seeking information about the post,” Bhattacharya said.

“The preliminary investigation revealed that, her photographs were posted in social media by creating a fake account in the name of UP CM,” the top Assam cops said.

Meanwhile, protests have been continued in Assam and several organizations burned UP CM effigy protest against the social media post.

The post claims that, a hindu woman was stripped by Congress workers for allegedly raising slogans in support of the BJP and Prime Minister Narendra Modi in Bengal.

Laxmi Orang said that, she was not present at the rally to support any political party as claimed by Adityanath, but the rally was organized to demand ST status for the Adivasi community.

“Without knowing actual facts, Adityanath posted photographs in social media and claimed that, the rally was on behalf of BJP and Congress workers attacked it,” Orang said.