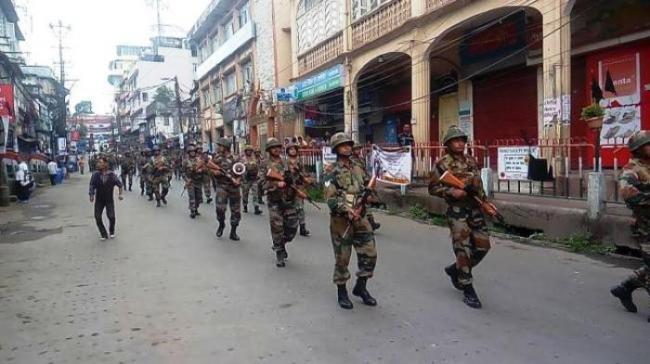 The meeting was concluded with the formation of All India Coordination Committee.

However, GJM put a condition to the state government as they said they would call off the strike, if central forces were withdrawn.

They even said they would not take part in the all-party meeting called by the state government on June 22 in Siliguri.

On Thursday, the Mamata Banerjee government asked all parties to meet and try to sort out issues in the hills.

The GJM clearly stated that the Gorkhaland Territorial Administration (GTA) must be scrapped and they would not take part in the GTA election in future.

GTA was formed after Trinamool Congress came to power, and recently Chief Minister Mamata Banerjee went to hills for the audits, which had actually sparked the violence. The GJM supporters were initially opposing the state government's decision of imposing Bengali subject in the curriculum, though the CM later clarified it to be optional.

The indefinite strike was called by the GJM from June 12. They even staked the claim to form Gorkhaland as a separate state.

The GJM urged the state government to resume the internet services immediately.

Tilak Chandra Roka has been nominated as the coordinator of the core committee formed on Tuesday.

The third joint meeting has been called on June 24.


(With inputs from Deepayan Sinha)