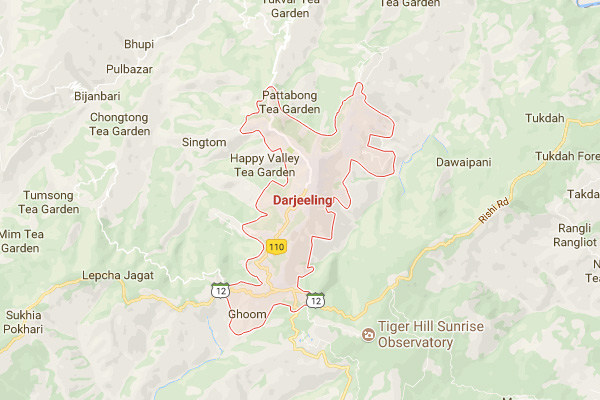 India Blooms News Service | | 20 Jun 2017, 07:45 pm
#DarjeelingUnrest, #StatehoodMovement, #AllPartyMeeting, #GJM, #
Darjeeling, June 20 (IBNS) : As unrest continues to rage in Darjeeling over a fresh movement for statehood, the Gorkha Jan Mukti Morcha has called for a meeting on Tuesday, of all political parties from the hills to decide the "next course of action," reports said.

Amid the presence of massive number of security personnel, an n indefinite shutdown, called by the GJM, entered its tenth day as life in the hills largely remained disrupted.

So far, three people were killed and 35 policemen injured in clashes over the past one week.

West Bengal Chief Minister Mamata Banerjee, who vowed not to succumb to any sort of threat or the demand for 'Gorkhaland', left the state on Monday on a three-day visit to the Netherlands to attend a UN meeting.

Before she left, Mamata appealed for peace. She has also called an all-party meeting called by the state Government in Siliguri on June 22 to discuss the Darjeeling situation.

Union Home Minister Rajnath Singh has also appealed to the GJM  not to resort to violence and hold dialogues to find a solution.

However, the GJM has ruled out any talks with the state Government.

The GJM, which had been more or less in a cordial relationship with Mamata Banerjee after she came to power in 2011,  launched its agitation last week altogether on different issues when the Chief Minister and her ministerial colleagues were present in Darjeeling last week.

After the ruling Trinamool Congress got a toe hold in Darjeeling  and Banerjee made a successful manoeuvring to woo few other hill communities, the GJM launched a protest against Bengali being made a compulsory subject in all schools in the state.

The violence flared after the home-cum-office of GJM leader Bimal Gurung was raided on June 16 and the agitation took the turn for reviving the statehood agitation that first took Darjeeling by a storm in the 1980s.