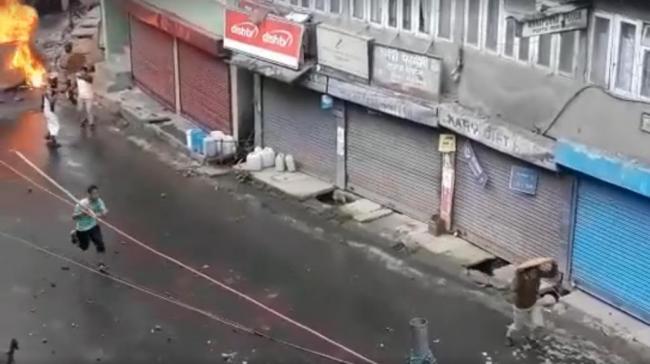 On Saturday, GJM leaders claimed that three of their supporters were killed as police opened fire on them.

The strike by GJM entered its seventh day in Darjeeling on Sunday.

Indefinite strike has hit normal life in Darjeeling for the past six days.

Strike supporters engaged in a clash with police force at Singmari and Lebong areas.

Several policeman and strikers were injured in the clash.

ADG (law & order) of WBP, Anuj Sharma, told IBNS: "One Morcha supporters was killed during the clash. But police did not open fire on protesters today. We are investigating how the agitator was killed."

A senior police official told IBNS, "One assistant commandant of Indian Reserve Battalion (IRB), Kiran Tamang, was stabbed with a sharp weapon during GJM's attack at Singmari police outpost and he is being currently under treatment in a Siliguri hospital.

West Bengal Chief Minister Mamata Banerjee on Saturday said police did not fire a single round.

CM Mamata Banerjee had said, "This is a terrorist movement. We have information that Darjeeling attackers have connections with NE terror groups. Few other countries are also influencing and indulging the insurgency. Police did not fired a single round bullet today."