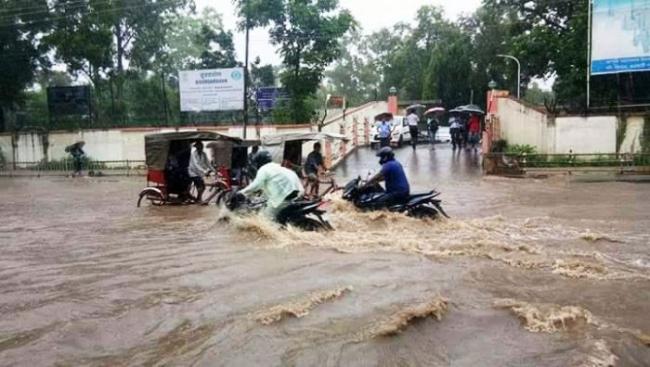 Assam flood : 5 died in Guwahati, over 13,000 affected across the state

India Blooms News Service | | 14 Jun 2017, 09:26 pm
#Assam, #AssamFloods, #Floods
Guwahati, June 14 (IBNS): The first wave floods that hit Assam claimed five lives so far, while over 13,000 people have been affected in four districts of the state in the fresh floods.

According to the reports, the flash floods claimed three more lives in Guwahti as the death toll rose to five in the capital city of Assam.

Two persons fished out in Bahini river and Silsako beel in Guwahati city and a lady died after ambulance had unable to reach in her house as she trapped in house in floods.

Local people and police on Wednesday had recovered two bodies from the Bahini river and Silsako beel identified as Pintu Das and Deven Nath. 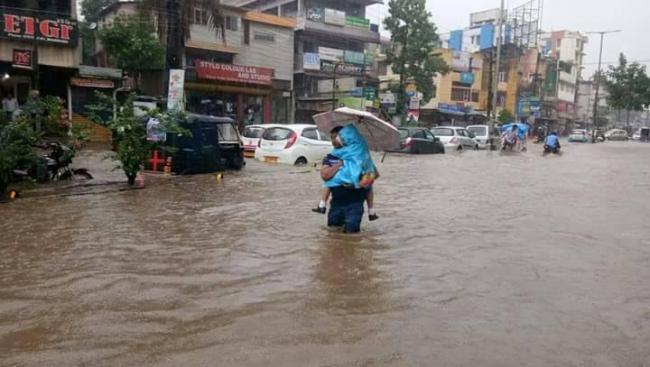 On June 13, two persons including a student were electrocuted during massive inundation in Guwhati following heavy downpour.

The Kamrup (Metro) district administration has declared Rs 4 lakh each to the families of the deceased persons.

The district administration also ordered a magisterial enquiry to probe the deaths caused in the city.

Meanwhile, a person hailing from Birkuchi area is still missing following drowned in flood waters at Bondajaan in the city.

Several houses were damaged following massive landslides in the city.

On the other hand, flood waters inundated over 39 villages of four districts and affecting over 13,000 people. 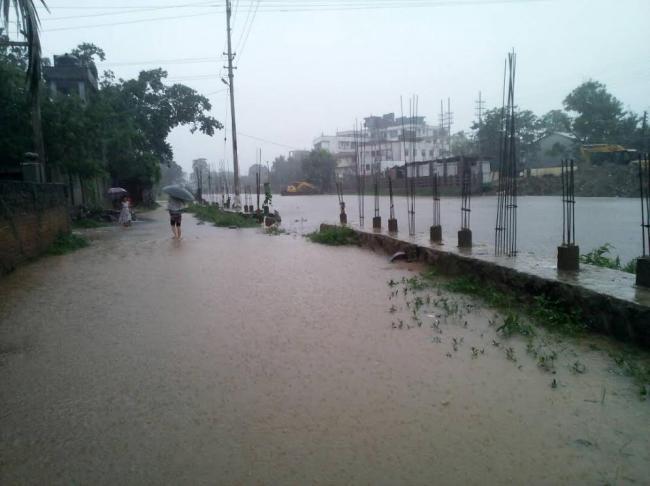 According to the Assam State Disaster Management Authority, water levels of Brahmaputra river and its tributaries Jia Bharali, Puthimari and Katakhal river in Barak Valley flowing above danger level mark.

Over 10,000 people affected alone in Lakhimpur district, while 2000 people in Guwahati in fresh floods.

Meanwhile, Assam Chief Minister Sarbananda Sonowal offered his heartfelt condolences at tragic loss of life caused by flash floods last night in Guwahati city and expressed his deepest sympathies with the bereaved families of the victims.

In a press statement, Sonowal termed the incidents very unfortunate and directed the Deputy Commissioner of Kamrup (Metro) district to personally handover Rs 4 lakh ex-gratia payment to the next of kin of those killed in the deluge.

The Assam has been keeping close watch on the situation of flash-flood in the city and directed District Administration, District Disaster Management Authority and Guwahati Development Department to be ready with relief materials and reach out to the affected people in case of any exigency.

He also instructed all concerned officials to visit the affected areas and take stock of the situation and extend all possible help to the affected people.