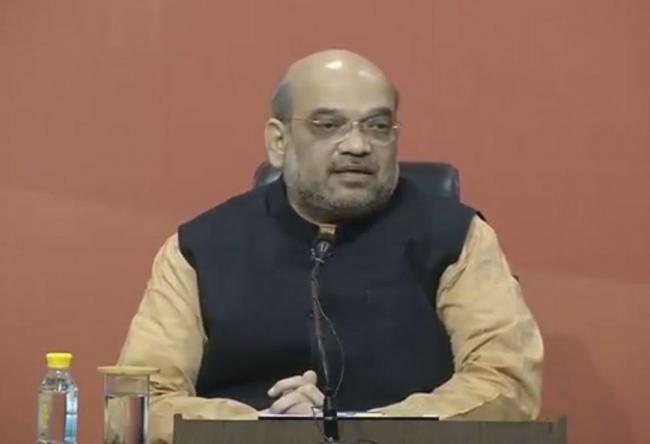 According to reports,  Union ministers Rajnath Singh, Arun Jaitley and Venkaiah Naidu are members of the committee.

Shah cancelled a visit to Arunachal Pradesh  for a meeting with Prime Minister Narendra Modi and senior leaders to discuss the Presidential election, the reports said.

The BJP, which heads the ruling NDA coalition, wants the election to be as smooth as possible by making even the opposition parties to come to a consensus on the candidate it proposes.

However, led by the Congress, the opposition has initiated a move to field a candidate of its own to take on the BJP might.

Talks in this regard are already underway involving the top leaders of the  Congress, the Left, Janata Dal (United) and others.

The electorate, comprising elected Lok Sabha and Rajya Sabha members and members of state assemblies, is tilted in favour of the  NDA on the basis of head count,  but the opposition is trying to rope in the support of few regional parties.