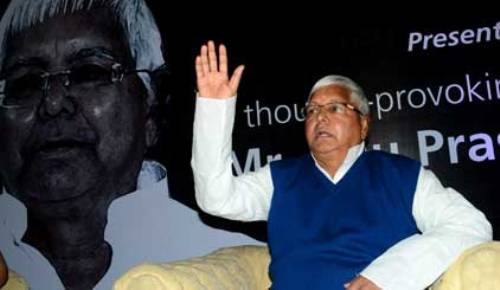 I donâ€™t aspire for anything: Lalu tells Nitish

“Hame koi lalach nahi hai…aap swatantra roop se sarkar chalate rahen (I don’t aspire for anything. You keep on running the government with full freedom,” Prasad told a function in Patna on Sunday.

The RJD chief made this remark while addressing a function to mark the inauguration of two road bridges over Ganga in the presence of the chief minister.

Prasad had long been accused of interfering into the functioning of the Nitish Kumar government and pressing for posting his favourite officials on important posts.

He also praised the chief minister for maintaining silence over opposition’s allegations and instead focusing on his works.

“They say Nitish is silent. One should know that those who keep silent emerge victorious in the end,” Prasad said.

He also rubbished reports of differences between the two partners and suggested the media to present the truth.