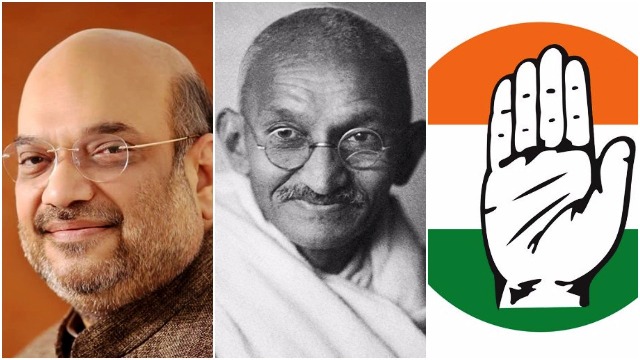 The BJP chief is in Chhattisgarh as part of his nationwide tour in preparation for the next round of elections in 2018 and 2019.

He made the remark in his address at Raipur on Friday, media reports said.

Meanwhile, the Congress had demanded an apology from the BJP chief for his remarks. Congress MLA Randeep S Surjewala has said that the BJP cheif must apologise for insulting Mahatma Gandhi, according to media reports.

The Congress also tweeted earlier: "Know the truth of BJP & its ideological master, RSS. While Congress leaders were fighting for freedom, RSS was siding with the British Raj."