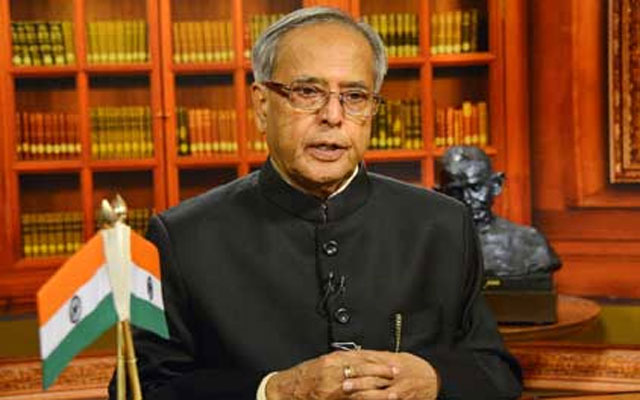 India Blooms News Service | | 05 Jun 2017, 06:56 pm
#India, #President, #PranabMukherjee, #Sweden
New Delhi, June 4 (IBNS): President Pranab Mukherjee has extended his greetings and felicitations to the King and people of the Kingdom of Sweden on the eve of their National Day (June 6, 2017).

"India attaches great importance to her friendly and co-operative relations with Kingdom of Sweden. I am happy to note that the relations between our two countries, underpinned by our common and unwavering commitment to democratic values, continue to strengthen to our mutual satisfaction," Mukherjee said.

"I recall the warm reception and gracious hospitality extended to me by Your Majesty and Her Majesty Queen Silvia during my State Visit to Sweden in 2015. India was particularly happy to receive Prime Minister Mr. Stefan Lofven in India last year. I am confident that the positive momentum in our relations will be sustained in the days to come," he said.

"I take this opportunity to convey my best wishes for Your Majesty’s good health and success and for the continued progress and prosperity of the friendly people of the Kingdom of Sweden," he said.