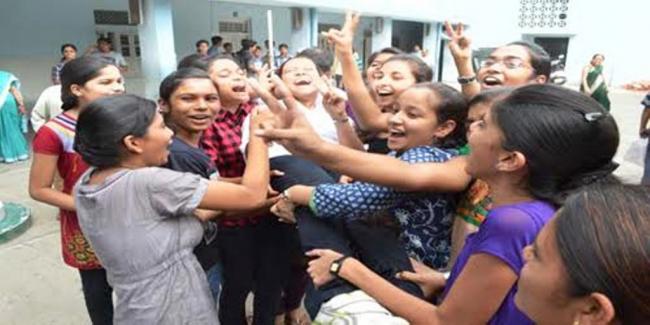 India Blooms News Service | | 28 May 2017, 12:35 pm
#CBSE, #CBSEClassXIIResults, #CBSEModerationPolicy
New Delhi, May 28 (IBNS): The Central Board of Secondary Education (CBSE) on Sunday declared the Class XII results in which a Noida girl bagged the top position with a whopping 99.6 percentage.

After days of uncertainty, the CBSE has finally announced the results of all its 10 regions simultaneously.

Raksha Gopal, a student of Amity International School, Noida (UP), has topped the Central Board of Secondary Education (CBSE) Class 12 exams 2017 with 99.6%.

However, reports said that there has been an overall dip in the pass percentage.

"According to CBSE officials, the passing percentage in CBSE Class 12 exam falls to 82 percent from 83.05 percent last year," The Times Of India reported.

Students can check their  2017 Class 12 results on  cbseresults.nic.in.

The CBSE Class 12 exams were conducted from March 9 to April 29 this year. .