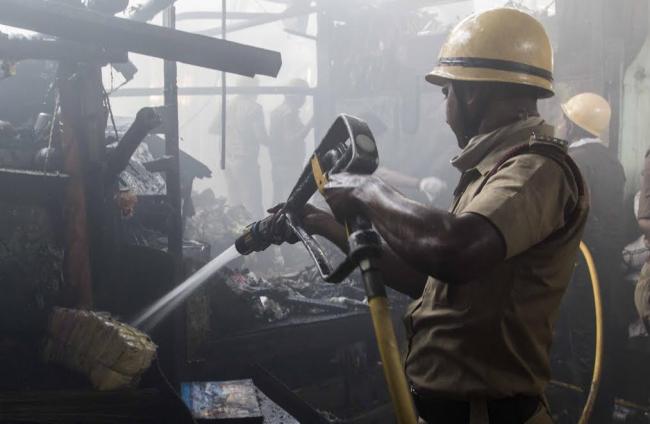 According to reports, the fire was first seen at around 10 am. inside the closed chemical store and it spread quickly to few other adjoining shops.

As many as four fire tender engines rushed to the scene and firemen fought for hours to bring the  blaze under control.

During firefighting operations, at least 8 firemen were injured and rushed to Calcutta Medical College and Hospital.

After preliminary investigation, fire officials said that the flames might have started due to short circuit.

However, fire department and local police have begun probe into the matter.

The chemical store, which was the centre of the blaze, was completely gutted due to the fire when few adjoining stores were damaged in the incident.