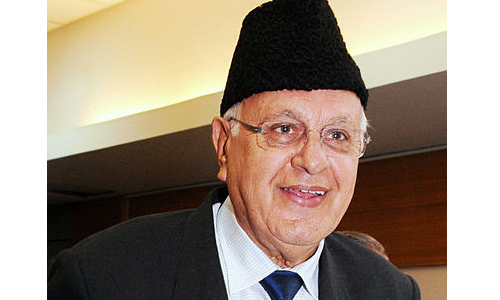 "Dr. Farooq Abdullah sought a political approach from New Delhi to deal with the Kashmir situation and said dealing with the Kashmir Issue solely through operational and law-and-order mechanisms would continue to compound the already grave situation," a party spokesperson has said.

During a meeting that lasted over half-an-hour, Abdullah briefed the Prime Minister on the growing unrest in the Valley.

This is the first meeting Abdullah had with Modi after being elected to the Parliament, defeating PDP-BJP alliance candidate Nazir Ahmed by over 10,000 votes.