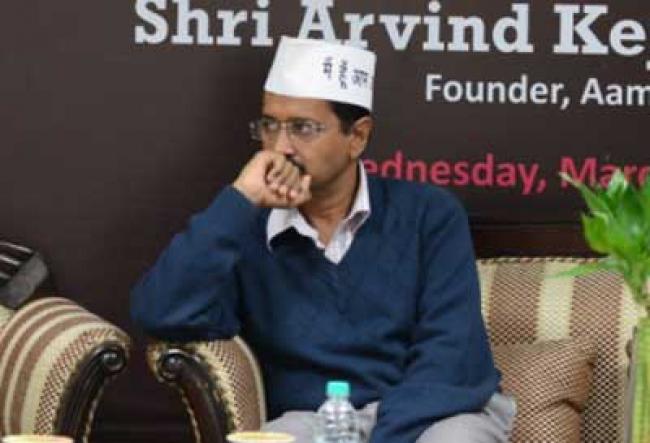 Kejriwal reportedly told Jung to conduct the Assembly elections immediately. "Why r BJP n Cong running away from assembly elections in Delhi? They refuse to submit replies in SC today," Kejriwal earlier in the day tweeted. "Am meeting LG at 5.30 pm to request him to recommend elections in Delhi," he said. The Supreme Court on Monday directed the Congress and the Bharatiya Janata Party (BJP) to file affidavits on the issue of President's Rule in Delhi. The apex court gave both parties two weeks to file their affidavits. The case will again be heard on Apr 14. The Supreme Court on Feb 24 asked the Centre to reply on keeping the Delhi Assembly in suspended animation and imposition of President's Rule. The apex court asked the Centre to file its reply within four weeks. The AAP on Feb 20 moved the Supreme Court against the Centre's decision to impose President's Rule in Delhi and place the Assembly under suspended animation. This came after Union Home Minister Sushilkumar Shinde on Feb 17 said President's Rule has been approved for Delhi with the Arvind Kejriwal-led AAP government resigning over the Jan Lokpal Bill on Feb 14. The Union Cabinet on Feb 15 recommended President's Rule in Delhi and suspended animation of the Delhi Assembly. Hours after the AAP government-backed Jan Lokpal Bill was not tabled in the Delhi Assembly, Delhi Chief Minister Arvind Kejriwal resigned on Feb 14 after remaining in power for 49 days.