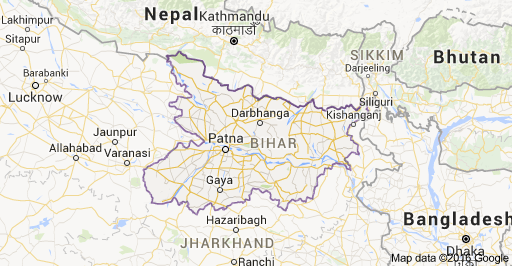 India Blooms News Service | | 08 May 2017, 03:43 pm
#Bihar, #BiharManDivorce, #Divorce, #BiharMuslimGirlDIvorce, #MuslimDiviorce, #Cheating, #MuslimWomanCheat, #BiharCrime, #BiharCheat
Patna, May 8 (TheBIharPost/IBNS): A Muslim girl in Bihar handed over divorce to the groom shortly after wedding when it was revealed the latter had committed fraud for marriage, police and witnesses said on Sunday.

The incident took place in Saharsa, a north Bihar district some 250 km east of Patna, on Saturday.

As per reports, the marriage of Mohammad Iqbal, a resident of Naughachhia town in Bhagalpur district, had been fixed with a Muslim girl from Saharsa.

Subsequently, a wedding procession reached the house of the girl on Friday night after which the marriage too was solemnised at night as all the guests accompanying the groom enjoyed the arrangements the whole night.

A twist in the turn came soon thereafter after some members of the bride family suddenly had doubts over the academic qualifications of the groom as he had claimed, after watching his faces.

The groom had earlier told the girl family that he was a Bachelor of Education (B Ed) and has his own business.

“When quizzed, he (groom) told us that he was only Class 10 pass-out and has no business as such,” witnesses said.

The revelation left the bride family angry, eventually leading to verbal duel between the two sides. The tiff continued till Saturday morning and refused to die down even after intervention by some local villagers.

Finally when the matter reached the bride, she instantly divorced the groom by uttering the Islamic word thrice. Subsequently, the wedding procession returned home without carrying the bride.

“We were told the bride divorced the groom after he cheated them about his educational qualifications,” a local police official Bhart Kumar told the media on Sunday.