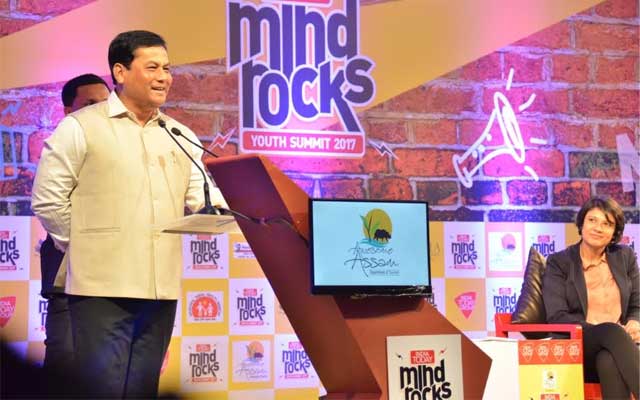 While participating as the chief guest in the Mind Rocks programme of India Today group held at Hotel Taj Vivanta in Guwahati, the Assam CM said that his government has run one of the most ruthless campaigns against corruption in past 10 months to bring back people’s faith in government.

“Assam is not a land of difficulties and problems. We must change the perception of the state into a land of opportunity where development of all sections of the society can be achieved by dedicated hardwork and sincerity. Our youth must play a vital role in bringing about a change in the way Assam is perceived by outsiders,” Sonowal said.

Urging the youth of the state to strive to realise their optimum potential and commit to the cause of the society with vigour and zeal so that Assam can be established as one of the top states in the country, Sonowal said that removing corruption from the system is one of the prime objectives of the government and tremendous success has been achieved in this regard.

Citing an independent study the Assam CM said that corruption has been reduced from 30 percent to 18 percent in the governance and it is significant indication that government’s actions are bearing fruit.

“Prime Minister Narendra Modi has also appreciated our government’s zero tolerance approach towards corruption by pointing out Assam as the example where a consistent and ruthless campaign against corrupt practices in governance has been carried out,” Sonowal said.

Stating that the youth of the state must shoulder the great responsibility of focussing the inherent strengths of the state at the national and international stage, Sonowal said that 21 percent growth in revenue collection of the State Government compared to previous year is a huge boost to the efforts of the government to bring about economic resurgence and sustainable development.

Saying that Assam is a land of potentialities, possibilities and prosperities the Assam CM said that the government has started programmes like “Discovery of Assam”  to highlight the inherent strengths of the state at the world stage and introduce outsiders to the beauty of Assam.

He appealed to the youth to extend their cooperation in making this programme a grand success.

Referring to Namami Brahmaputra festival as the government’s effort to highlight the immense potential of the great river, Sonowal said that the dredging of Brahmaputra would boost the flood management activities and provide huge fillip to inland water transport by enabling cargo ships to ply on the river that would bolster trade and business.

Saying that the youth must strive to achieve success and excel in their chosen fields through sincerity and dedication despite difficulties and overcome challenges so that they can take Assam towards a new direction of growth and prosperity, Sonowal urged them to take sports as a way of life and aspire for glory in sporting arena.

“The government is also working towards making Guwahati the sports capital of the country,” Sonowal said. 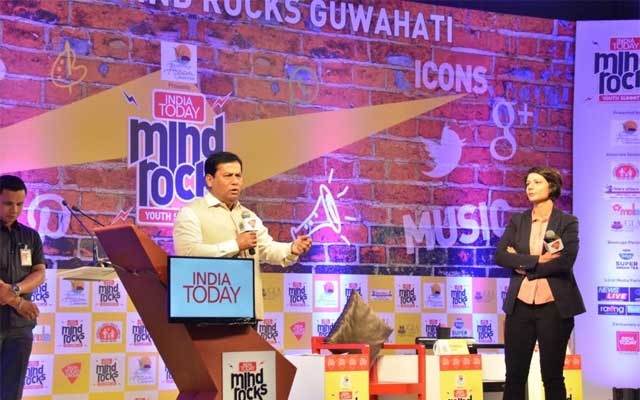 The session ended with light hearted moments with the Assam CM sharing his experiences as the Union Minister of Sports and giving insights into his daily fitness routine.

On being requested, he also sang a few lines of a bihu song to the loud cheers of a primarily young audience.

On the hand, Assam finance minister Himanta Biswa Sarma said that, by 2019 generation of politicians who believe in dynasty will be gone.