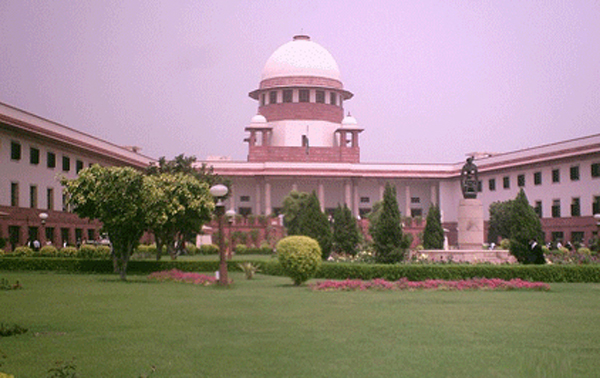 How can you make Aadhaar mandatory for PAN despite our ruling : SC asks Centre

India Blooms News Service | | 22 Apr 2017, 12:09 pm
#SupremeCourtAadhaar, #PANCard, #ITReturns, #JusticesSikriAshokBhushan, #BinoyViswam
New Delhi, Apr 22 (IBNS) : Pulling up the Centre for defying its order, the Supreme Court has asked the Government how can it made Aadhaar must for getting PAN card filing income tax returns, reports said.

“How can you make Aadhaar card mandatory when we have passed an order to make it optional,”  a Bench of Justices A K Sikri and Ashok Bhushan asked the Centre on Friday.

The court was hearing a petition by  CPI leader Binoy Viswam challenging constitutional validity of section 139AA of the Income Tax Act, introduced by the Finance Act 2017, that  calls for mandatory quoting of Aadhaar or enrolment ID of Aadhaar application form for filing income tax returns.

In the defence of the Government, Attorney General Mukul Rohatgi claimed it were the “only option” to curb people acquiring multiple PAN (permanent account number) cards using fake documents to divert black money to shell companies.

Rohatgi also said that people were also found to have procured  SIM cards for mobile phones on fake identity cards.

The petitooner's counsel  Arvind Datare  told the bench, "As per this section, if one does not have Aadhaar card, he cannot have a PAN. This would create huge difficulties."

The court had on March 27 ruled that Aadhaar cards can't be made mandatory  for extending benefits of social welfare schemes.

It had, however, said that the centre cannot be barred from seeking Aadhaar cards, which are issued by UIDAI, for filing of I-T returns and opening of bank accounts.

The Bench  fixed a hearing in the matter on Tuesday to examine its constitutional validity.