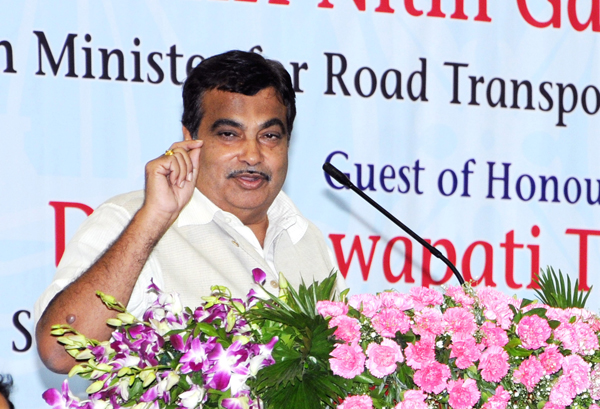 India Blooms News Service | | 28 Jul 2014, 12:52 pm
#Rural Development Minister, # Nitin Gadkari, # Bugging devices at Gadkari
New Delhi, July 28 (IBNS): Union Transport and Rural Development Minister Nitin Gadkari, who was earlier the president of the ruling Bharatiya Janata Party (BJP), has called as speculative the reports that bugging devices were found in his Delhi residence even as reports said the Union Home Ministry has ruled out any probe into the matter.

"Reports in a section of the media about listening devices having been found at my New Delhi residence are highly speculative," tweeted Gadkari on Sunday.

However, Union Home Ministry has ruled out a probe.

"Mr Gadkari has himself called it speculation. If so, how can we intervene?" said junior home minister Kiren Rijiju, speaking to media.

Former Prime Minister Manmohan Singh however speaking to a news agency demanded a probe calling it a bad omen.

Earlier a report in The Sunday Guardian said  high power listening devices were found in the bedroom of Nitin Gadkari at his 13 Teen Murti Lane residence in New Delhi. The discovery was "accidental" and a debugging exercise was immediately ordered.

It reported: "Initial investigations have revealed that the bugs were 'planted in the house by a foreign agency since the sophisticated listening devices found are used only by western intelligence operatives, particularly the Central Intelligence Agency (CIA) and the National Security Agency (NSA)'".

The paper said "it may be recalled that Edward Snowden's revelations carried by Washington Post on 30 June stated that top BJP leaders were under surveillance by a premier US spy agency.  "