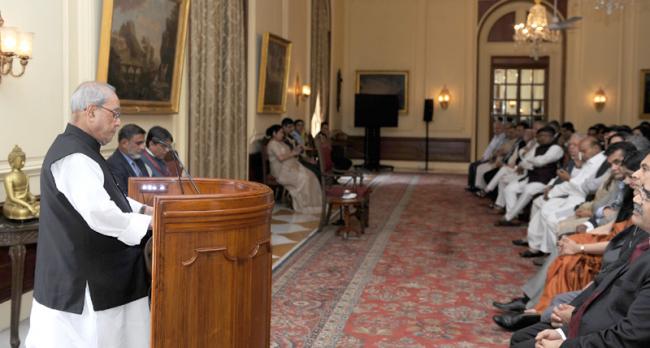 He stated that all efforts of the Government will achieve their end only if people were to adopt them pro-actively.

The President was speaking on the occasion of the 100th mega draw of lots for Lucky Grahak Yojana and Digi Dhan Vyapar Yojana at Rashtrapati Bhavan here on Sunday.

The President said India is on the cusp of a digital revolution. More than one billion Indians have a unique identity number with a biometric identifier which is unique in its own way. Even countries which are technologically far more advanced than India with comparatively much smaller size population do not have such a system in place. The Aadhaar card initiative is a watershed event in the development story of India.

The President complemented the Government on its bold initiatives for promoting the culture of digital payment in the country.

He said it was in line with such bold initiatives that the Parliament made a new beginning in Financial Management through passage of Annual Budget by March 31, 2017.