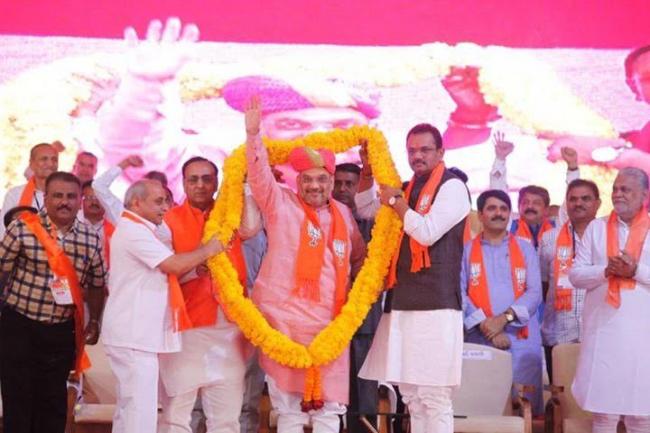 Shah, a legislator from Naranpura constituency in Ahmedabad, is attending the state assembly session on Thursday, after two years. His last attended a Gujarat assembly session in March 2015.

The BJP chief was accompanied by his wife and son.

Shah arrived in Gujarat on Wednesday to a hero's welcome, with the party felicitating Shah for BJP's successful bid for the Uttar Pradesh state assembly.

Gujarat is scheduled to hold its state assembly election in November this year.

According to media reports, Shah has set a target of winning  minimum of 150 seats in the 180-seat state assembly in the upcoming election.