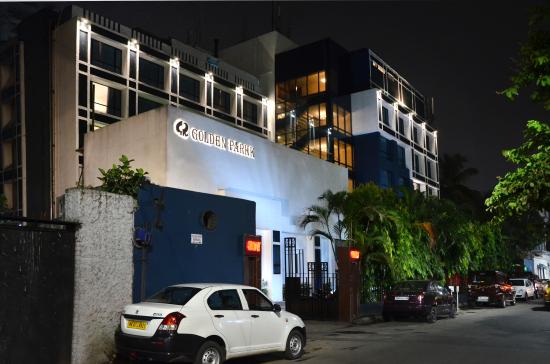 According to reports, the fire was first seen at around 2:55 am. in the kitchen at the ground floor of the multi-storey hotel in the Shakespeare Sarani police station area  and heavy smoke spread quickly to other floors  through its centralized air-conditioning vents.

Minutes after the incident was reported, as many as 10 fire tender engines, police and Disaster Management Group (DMG) personnel rushed to the spot and firemen fought for nearly four hours to bring the massive blaze under control.

Eight persons were injured in the incident and were taken to the nearby SSKM hospital, where two of them were declared brought dead.

A fire service official said that at least 31 guests and staffers were rescued from the hotel  safely.

"Besides evacuating 31 people, including guests and hotel staffers, safely, we rescued at least eight persons injured from the hotel and sent them to SSKM hospital, where two of them declared brought dead," a fire official told IBNS.

According to police reports, the deceased have been identified as Anup Kumar Agarwal (53) and Chamar Kishan (52). They hailed from Gujrat and Odisha respectively.

"Two Tata Steel employees- Chamar Kishan from Sundargarh district of Odisha and Anup Kumar Agarwal from Surat in Gujrat, who were rescued in serious conditions from Golden Park hotel's room no. 406 and 416 respectively, have been killed in the incident," an official of Kolkata Police told IBNS.

"Two more employees of Tata Steel, Anand Mohanti (39) and Ajit Horo (35)-both from Odisha,  have been shifted to Woodlands Hospital and they are currently being treated there," the official added.

Four others, including three guests and a security guard of the hotel, were discharged from SSKM after first aid, , according to reports.

However, the  exact reason behind the fire has not been confirmed yet. Fire  and emergency services officials, however, suspect that the blaze might have started due to short circuit in kitchen.

"We have started investigation to know the exact reason behind the blaze and after preliminary investigation it's clear that there was no adequate fire extinguishing system in the hotel and fire safety guidelines were not followed here," the fire official further said.

Meanwhile, Director General of West Bengal Fire and Emergency Services, Jag Mohan, visited the scene in the morning and told IBNS that the fire department will lodge an FIR against Golden Park hotel authorities  at the local  Police Station on the ground of violation of safety guidelines.