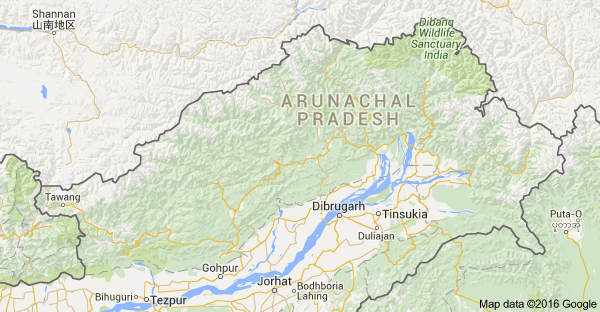 Komhima based Defence PRO Colonel Chiranjeet Konwer said that, the aim of the tour is to acquaint the children of far-flung area with the vast and rich cultural heritage of our country.

"23 children and 3 teachers from Tirap District, Arunachal Pradesh are participating in the tour which will visit various places of historic interest in Delhi March 16, Agra from March 16-17 and Lucknow from March 18-20.  The Students will also interact with President Pranab Mukherjee, Union MoS Home Kiren Rijiju and Army Chief Gen Bipin Rawat during the stay at Delhi," Konwer said.

The event will go a long way in not only widening the intellectual horizon of the young minds but also further solidify the spirit of National integration.

The tour was flagged off by Commander, 117 Mountain Brigade and DC, Tirap District.

The ceremony was attended by various dignitaries and officials of civil administration, parents of participating children and locals of Khonsa.

The children were overwhelmed with the joy  and full of enthusiasm,many of whom have never be outside Tirap District.

The locals have expressed their partisan support to the initiative of the Army.