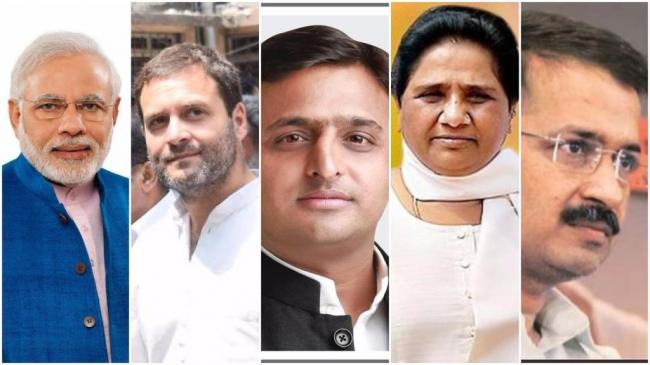 Exit polls: BJP to take over UP, U'khand, Goa; Cong and AAP in Punjab close call

India Blooms News Service | | 09 Mar 2017, 09:34 pm
#AssemblyPolls, #ExitPolls, #BJPWin, #UP, #Uttarakhand, #Goa, #Manipur, #CongressWinPunjab
New Delhi, Mar 9 (IBNS): The Bharatiya Janata Party (BJP) will emerge as the biggest winner in Uttar Pradesh but could fall short of the halfway mark, according to exit polls which also predicted a good show of Aam Aadmi Party in Punjab at the cost of the ruling Akali Dal-BJP alliance.

In other states like Uttarkhand, Goa and Manipur, the BJP is once again ahead, according to the exit polls.

Today’s Chanakya with News 24 has predicted 285 seats for the BJP in Uttar Pradesh.

In UP, exit polls predicted that Samajwadi Party-Congress alliance will be far behind with 88 seats.

Mayawati’s BSP is predicted to win a mere 27 seats.

While, India Today has stated that the BJP will bag 185 seats with Congress-SP alliance grabbing 120.

BSP is expected to get 90 seats as per India Today's exit polls.

In Uttarkhand, the BJP is all set to have a clear majority in the 70-member Uttarakhand assembly.

News 24-Today's Chanakya predicted 53 seats for the BJP and 15 for the Congress. The 'others' have been predicted to get only 2 seats.

The India Today-Axis exit polls also stated a clear lead for BJP. It predicted 46-53 seats for the BJP. The Congress, according to this exit poll, is projected to bag only 12-21 seats.

In the state of Goa, the BJP is likely to retain its position with the aid of independent winners, exit polls stated.

The exit polls predicted 15 seats for BJP followed by Congress at 10.

The AAP is also expected to make some gains in the state, India TV exit polls stated.

According to India Today exit polls, Congress will bag 9-13 seats, while BJP will retain 18-22 seats.

In Punjab, the Aam Aadmi Party is expected to make a mark in Punjab as it is predicted to win 42-51 seats there. However, Congress will emerge the clear winner with 62-71 seats, India Today exit polls stated.

The BJP-SAD alliance is predicted to lose in Punjab.

According to India TV exit polls, Manipur  will witness the win of the BJP with 25-31. The BJP will be followed by Congress with 17-23 seats.

The results will be declared on Mar 11.