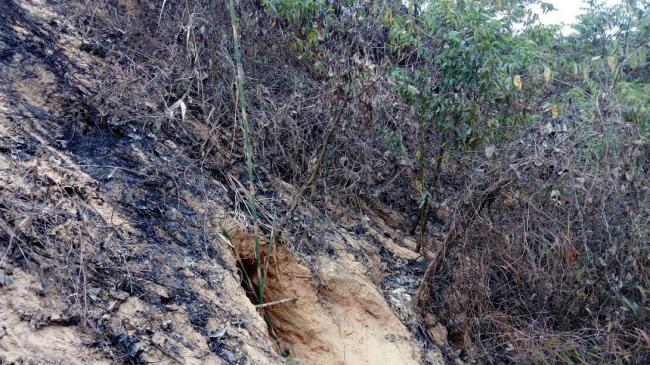 There has been huge seizures of cattle by the vigilant troops of Border Security force in this particular area.

To keep effective check on the trans-border crimes, the BSF has plugged all the gaps and Hume pipes, culverts which were being utilized by the cattle smugglers buy placing iron grills and wire meshes.

The intensity of the patrolling has also been increased by the BSF.

The area between the International Boundary and Indo Bangladesh Border Fence (IBBF) also being regularly scanned by the Sentinels of Border.

During the similar exercise the alert BSF troops detected the newly dug soil near the Indo - Bangladesh Border Fence (IBBF) which was due to digging a tunnel by some miscreants.

On thorough search a newly dug tunnel was found on the hilly slope of the area.

Ct Amit Kutre and Ct Puneet Kumar who were on duty identified the suspected place, thus foiled the attempt of Anti National Elements.

The BSF is exploring to find out the possibilities of such attempt.

Though, it appears to be the ill design of smugglers for smuggling of cattle but BSF enquiring the matter with other possibilities also.

The detected tunnel was 3’X2’ in dimension with 20-25 ft depth with dead end. 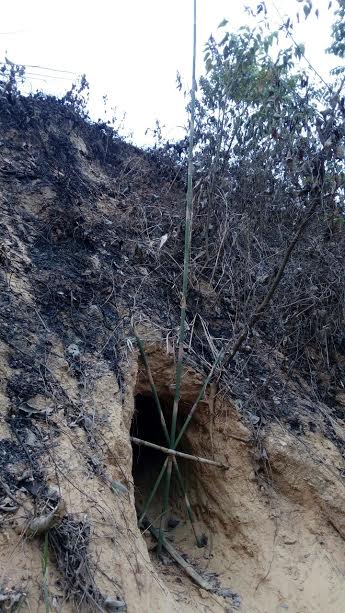 After analyzing the terrain it appears the miscreants needed to dig further 200 more mtrs to reach another end under the Indo-Bangladesh Border Fence (IBBF).

Alert BSF troops once again foiled the attempt of miscreants which would have been disastrous if successful.

P K Dubey, Inspector General Meghalaya has praised the good work done byh the BSF jawans at the border in detecting the tunnel.

As the area is densely vegetated with bamboo growth and terrain is undulating, the visibility is not very clear ahead of the fence.