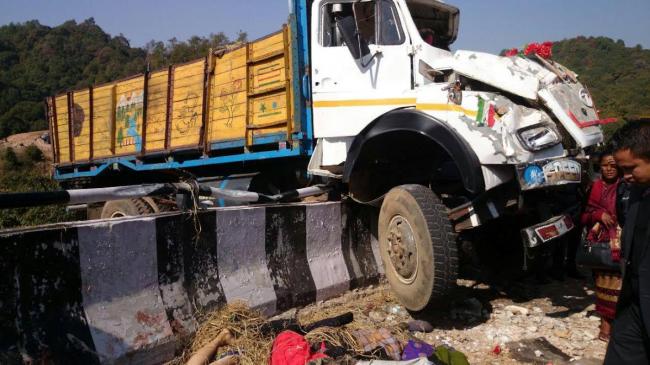 According to the reports, the incident took place at Nongspung village in the hill district at around 8-30 am, while an overcrowded truck carrying nearly 70 people rammed into the concrete barricade of national highway.

Meghalaya police said that, the road mishap happened while the people of Nginiong, Nongbudum and Mawbyrkong village under Nongstoin police station were going to attend a religious function.

"The driver of the overcrowded truck lost his control over the speeding vehicle and it overturned after hitting at the concrete barricade," a police official said.

In the incident, 12 people were killed on spot and four others succumbed their injuries at hospital.

Some severely injured persons have been referred to Shillong.