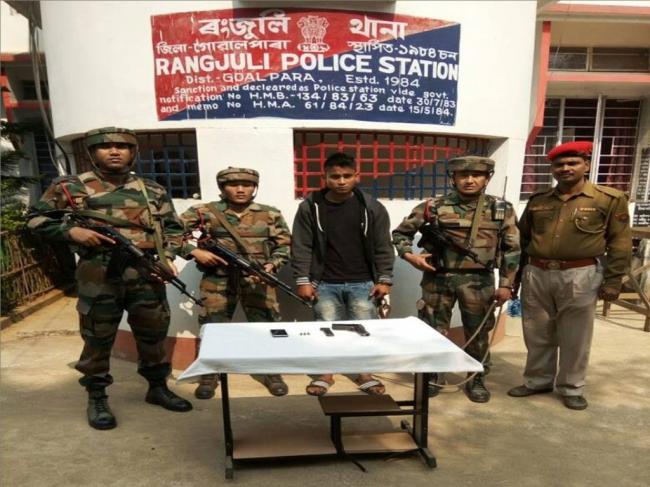 According to the reports, Assam police of Red Horns Division of Gajraj Corps had jointly launched an operation at Gandimpathar in the Lower Assam district along the bordering area with Meghalaya and nabbed a cadre, identified as Ajay Momin.

Security personnel have recovered one factory made pistol with magazine and three rounds of live ammunition in possession from him. 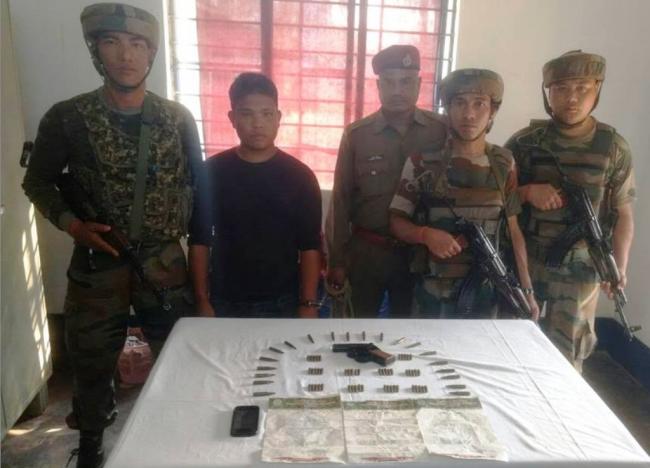 Security forces also apprehended another GNLA militant in a separate operation in the same district.

The nabbed militant was identified as Polning Sangma and security personnel recovered one Country made pistol, 70 rounds of live ammunition, one mobile phone and three GNLA demand notes from the individual.

A top police official said that recovery of the weapons and apprehension is a major setback to the chances of the banned Garo National Liberation Army (GNLA) to regroup and will further diminish their capability to carry out subversive activities in the near future.