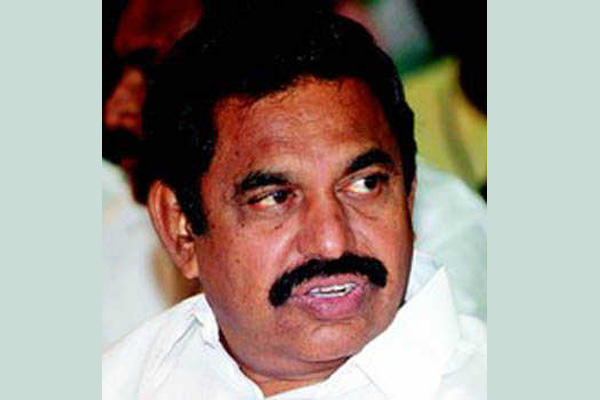 India Blooms News Service | | 18 Feb 2017, 05:41 pm
#Tamil Nadu, # O. Panneerselvam, # EdappadiPalaniswamy, # Chief Minister of Tamil Nadu
Chennai, Feb 18 (IBNS) : Edappadi Palaniswamy, who was sworn-in as the Chief Minister of Tamil Nadu on Thursday, won a ruckus-marred Trust vote in the Assembly on Saturday, but the rival group within the ruling AIADMK said the "crusade" against him will be on.

The eventful day that witnessed the House being adjourned twice amid violence by DMK members, who demanded secret ballots, augured well for Palaniswamy, a Sasikala loyalist. But former Chief Minister O Paneerselvam, who leads the rival camp within the faction-ridden AIADMK, described the Trust vote as 'invalid.'

Paneerselvam said the MLAs who have voted against him have actually betrayed the people, who will not forgive them, thus making clear that knives drawn in the intra-party feud in the post-Jayalalithaa era will remain open.

In the Trust vote,  122 of AIADMK's 134 MLAs voted for Palaniswamy,  while 11 voted for O Panneerselvam. The majority needed was 68.

The day also witnessed DMK leader MK Stalin hog the limelight as he led his brigade to a rampage plunging the Assembly into a chaos and lawlessness.

They were finally evicted by marshals and police following an order by the Speaker, but Stalin alleged that he was attacked.

He led his MLAs to the Raj Bhavan and met Governor C Vidyasagar Rao to lodge a complaint about the democracy being "murdered."

Stalin said he will hold a rally in the Marina beach to apprise the people of what took place in the Assembly.

After the Trust vote results were announced, Panneerselvam criticised the manner in which the Opposition DMK had been evicted from the House by the Speaker, who rejected the demand for secret ballots.

A close aide of AIADMK' late matriarch and former Chief Minister J Jayalalithaa, Paneerselvam leads the rebel camp within the AIADMK that first opposed VK Sasikala becoming Chief Minister and then took on her hand-picked man Palaniswamy after she was sentenced to jail.

Paneerselvam, who had all along been claiming that many legislators said to be belonging to the Palaniswamy camp were actually with him,  said that the MLAs who had 'betrayed' would now have to answer to the people.

“Whether MLAs will be able to enter their constituencies after this is the question. The voters have been betrayed by MLAs."

When Amma (Jayalalithaa) had expelled the members, she had said that she would never allow them into the party. This dispensation does not represent Amma,” the former CM claimed.

He said that the family which Jayalalithaa had thrown out was now back in the picture thanks to Sasikala’s intervention. .

AIADMK MLA Pandiarajan, who is in the OPS camp, said that if a secret ballot had been held, MLAs who voted for E Palanisamy would have voted against him.

He warned that even if the battle had been lost, the crusade is still on.

“The Dharma Yudh will continue. The issue will again come up in the Assembly again”.

What happened in the Assembly drew sharp reactions from the state's celebrities, including actor Kamal Hassan, who tweeted : "here you go. Seems like we have another CM. Jai de-mockcrazy Media'll have to use less hyperbole.We have seen worst things happen in TN assembly. .Why are lazy couch revolters (incld. I)so shocked now?"

Film director Arvind Swamy said,"If true democracy can be protected in an undemocratic manner, are we to feel happy or sad? Is the million $ question.It's a pity that there is a media blackout of the assembly sessions and only selective footage is released. Ppl have a right 2 c proceedings. None will accept a vote of confidence if the MLAs don't represent the ppl's views. For that they have to meet people, not party in a resort"

"Let even children see, hear and learn what is happening in the assembly in #TN. Make them understand. Shameful days for democracy!: actor Siddharth said.

Palaniswamy became the second party leader to become the  Chief Minister of the state after the death of  J Jayalalithaa on December 5 last year.

O Panneerselvam, who was immediately sworn-in as state CM after her demise, could not garner the much-needed support to win the floor test in the state Assembly.

Earlier, DMK and Congress supported the demand of a secret ballot by O Panneerselvam fraction. However, Speaker P Dhanapal rejected the demand.

MK Stalin, who was allowed to speak ahead of the trust vote, said that the floor test should be postponed.

The House was adjourned twice as protesting DMK MLAs heckled the Speaker.

After the session resumed for the second time  at 3 pm, the Congress MLAs staged a walkout from the Assembly. The session was resumed after DMK MLAs were expelled from the House.

Prior to this, the state witnessed a tussle between Panneerselvam and Sasikala over the post after former claimed that he was forced to resign from the position and was ready to withdraw his resignation if the public demanded.

However, Sasikala’s conviction in a disproportionate assets case by the Supreme Court blocked her chances, though she managed to score a victory over the rival camp by making Palaniswamy the Legislature Party Leader with the support of majority MLAs, thus propping him as the Chief Ministerial candidate.