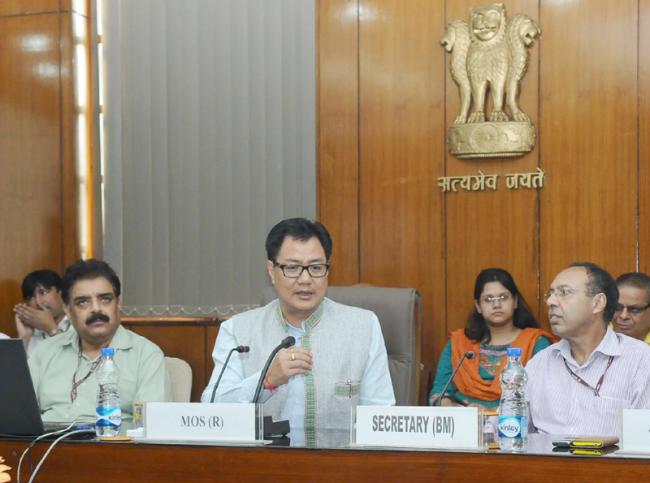 Supporting to Rijiju, Assam minister says Hindus not a religion, but also a culture

Assam minister Himanta Biswa Sarma said that Hindus should not be seen in a context of a religion but a culture.

The Assam minister's statement came after, Rijiju slammed Congress's allegations over the BJP-led government said that Narendra Modi-led BJP government was trying to convert Arunachal Pradesh into a Hindu state.

The Finance and Education minister of the BJP-led Assam government said that, the Hindu culture is there for over 500 years ago.

"Hindu is a culture and so there is no question arised of converting any particular state to any religion," Sarma said.

Supporting to Rijiju's remark, the Assam minister said that, the indigenous population in Assam has gradually reduced following illegal influx from Bangladesh since past couple of decades.

"Our indigenous population is coming down every day, only because of huge illegal influx from Bangladesh. It is not related to conversion, it's related to only influx," Sarma said.

"For which, the indigenous people of Assam now reduced to a minority," the Assam minister said.

Following the allegations made by Congress, Rijiju said in his tweet that, Hindu population is reducing in India, because Hindus never convert people. Minorities in India are flourishing unlike some countries around.