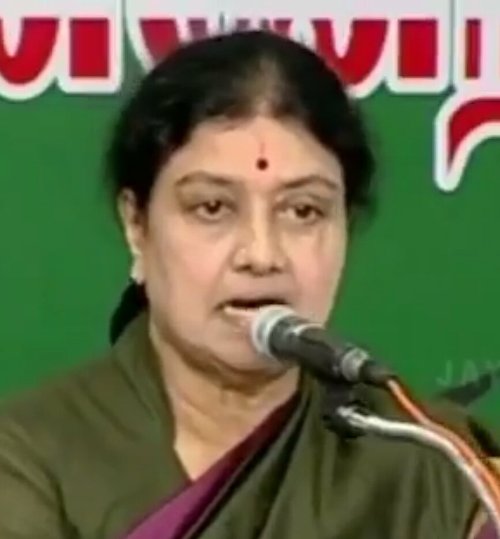 Sasikala to be sworn-in as TN CM by Thursday: AIADMK

TN Governor Vidyasagar Rao reportedly consulted legal experts on whether such an oath-taking ceremony should be held at all.

The swearing-in of Sasikala as Tamil Nadu Chief Minister is still uncertain as a plea was filed in the Supreme Court against her.

According to reports, the apex court is expected to hear the matter within a week.

Adding to the problem, P H Pandian, former Speaker and a senior AIADMK leader alleged that late Chief Minister Jayalalithaa had and unnatural death and demanded an investigation into it, making insinuation of a foul play by Sasikala, who was the closest aide of 'Amma'.

A PIL was on Monday moved in the Supreme Court seeking to restrain AIADMK leader VK Sasikala from being sworn in as Tamil Nadu chief minister on the ground that the apex court was likely to pronounce within a week the judgement in a corruption case in which she and late chief minister J Jayalalithaa were accused.

The PIL was filed by Chennai resident Senthil Kumar, General Secretary of NGO Satta Panchayat Iyakkam, hours after the apex court indicated it could deliver its judgement on the appeals challenging.

"She was depressed. She collapsed at Poes Garden after someone pushed her," Pandian, one of the founding members of the ruling AIADMK, claimed at a press conference.

He also alleged that none was informed of the treatment of Jayalalithaa after she was admitted to hospital.

"I witnessed how Sasikala and her family were not even grieving when Amma suffered a cardiac arrest. We were all shocked to see Sasikala's family surround Jayalalithaa's body at Rajaji Hall," he said.

Pandian demanded a probe against everyone who was present at Apollo on the night of December 5th when Jayalalithaa's death was announced.

He also questioned the elevation of Sasikala as the party general secretary and the legislature party leader.